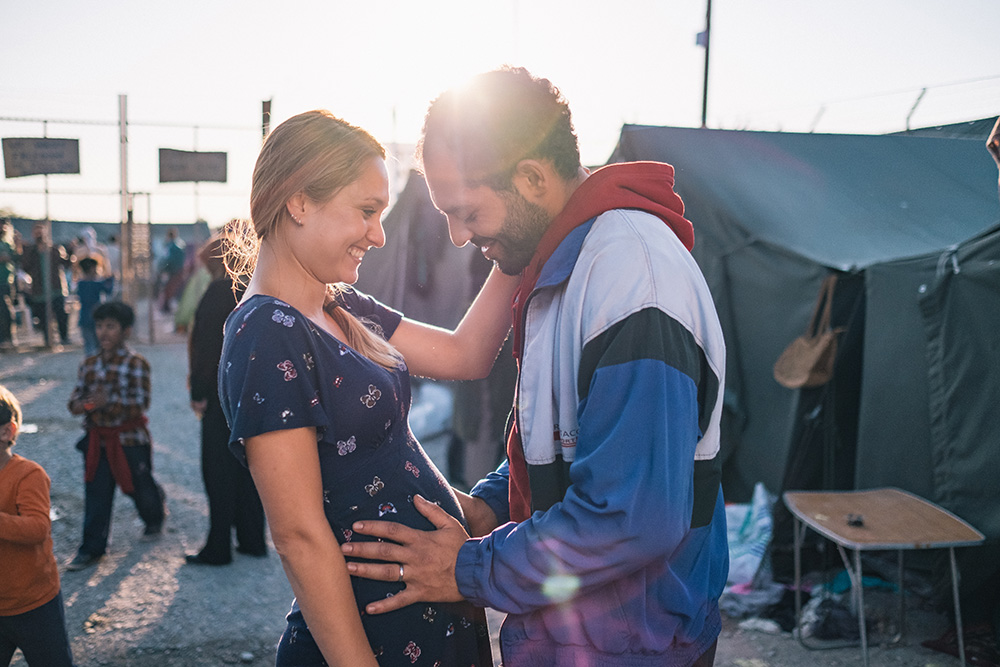 The feature film RAFAËL, by director Ben Sombogaart is selected for the Caïro Film Festival 2018! The film, starring Melody Klaver and Nabil Mallat, has premiered on October 1st during the Netherlands Film Festival in Utrecht. The scenario is inspired by a true story and written by Tijs van Marle and Massimo Gaudioso. The film is produced by Reinier Selen from Rinkel Film in coproduction with Menuet (BE), Jaako Dobra Produkcija (HR), EO (NL) and Verdeoro (IT). The film is selected in the International Panorama section.

The Arab Spring forces Tunisian Nazir, married to the pregnant Dutch Kimmy, to escape to Europe but he ends up in Lampedusa, imprisoned as an illegal refugee. RAFAËL is a romantic drama about two lovers giving everything they have, just to be reunited for the birth of their son Rafaël. It is a suspenseful story about borders, dreams, perseverance and love-transcending bureaucracy, borders and even prison walls.

RAFAËL is a film by director Ben Sombogaart (IN MY FATHER’S GARDEN, TWIN SISTERS). The film concept, inspired by a true story, is initiated and developed by creative producer Jelle Nesna and written by Tijs van Marle (LUCIA, MISTER TWISTER). Christine Otten wrote the book: Rafaël: a love story, alongside the screenwriting process of the film, published by Atlas Contact. The film is produced by Reinier Selen of Rinkel Film (ACCUSED, SÜSKIND, COOL KIDS DON’T CRY, BACKSLIDE), and international co-producers and Menuet (BE) Jaako Dobra Produkcija (HR), EO (NL). The international sales of the film will be organised by Intramovies.