National release Nasir in 18 Dutch theaters and on Picl.nl! 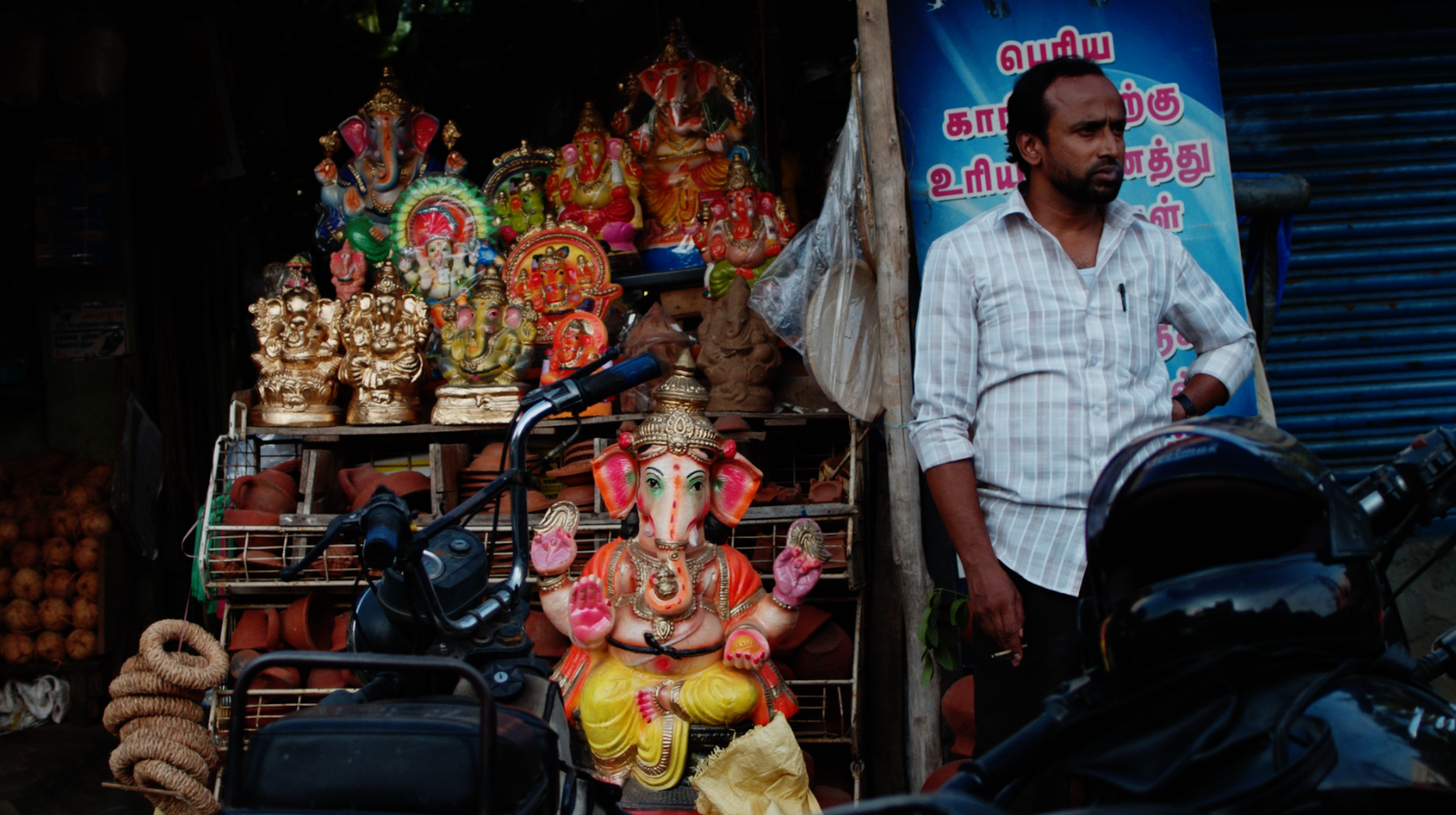 After its successful festival career with as kickoff the World Premiere at the International Film Festival of Rotterdam, Nasir will now have its release in 18 Dutch theaters all over the country and on Picl.nl. As the first Indian-Dutch co-production, the film written and directed by Arun Karthick and starring Valavane Koumarane, has been critically acclaimed by both the international and the Dutch press.

Nasir is a feature film about the peaceful anonymity of small individual people, but also about the vengeful and arrogant anonymity of the crowd. It tells the sad story of clothing seller Nasir, who belongs to the Muslim minority. He lives in a densely populated ghetto with his mother Fatima, his wife Taj and nephew Iqbal. His story is told through the detailed observation of him and his surroundings during only one day. Throughout his day, we see that he is a lavish romantic, bringing together love, singing, children, and even God to merge into something that resembles a well-lived life. But the growing fanaticism of the community has other plans.

The film is written and directed by Arun Karthick and based on the book “A Clerk’s Story” by Dilip Kumar. The film is produced by Stray factory (India) in co-production with Rinkel Film, Contact Film, Magic Hour Films, Harman Ventures, Uncombed Buddha, and Cent Percent Films. The film was partly made with the support of the Netherlands Film Fund + Hubert Bals Fonds.