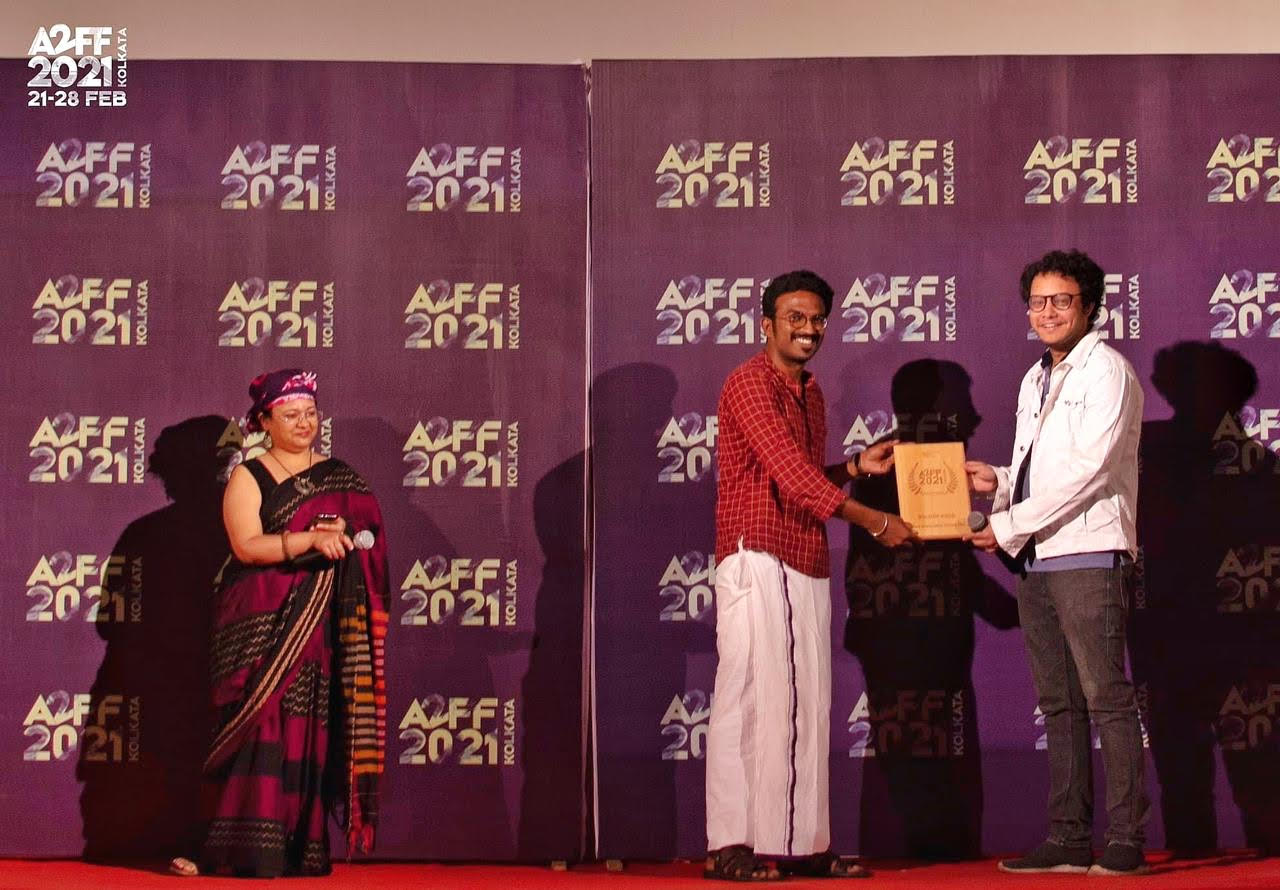 Great news! Nasir, our co-production directed by Arun Karthick, won a Golden Wood for Best International  Feature Film at the Arthouse Asia Film Festival in Kolkata! The Arthouse Film Foundation is a not-for-profit, independent organization dedicated to the discovery and development of independent films, artists and audiences. The festival started last week and all of the selected films were screened in Kolkata for the first time.